Piping’s are the main constituent of power plants. This is why most of problems/tasks, that make structural- and stress proofs necessary, are derived from it.

The analysis has to be done in accordance with ASME, KTA, EN 13480, EUROCODE or special plant requirements.  For the analysis of dynamical behaviour of piping systems the program system ROHR2 of the company SIGMA offers a powerful tool. Thus beside the static load cases like dead weight, internal pressure and restrained thermal expansion also dynamical problems like earthquake, plane crash, explosion pressure wave as well as the different fluid dynamical excitation can be calculated and in its effects be evaluated.

Furthermore together with our shock pressure program DRAKO we are able to calculate the dynamical behaviour of piping's with fluid dynamical loads realistically using fluid-structure-interaction (FSI). On this method (FSI) the interdependent influence of piping and medium movement is considered. Compared to the separate calculation of fluid load and piping analysis for the piping and its attachments it leads to lower realistic loads. 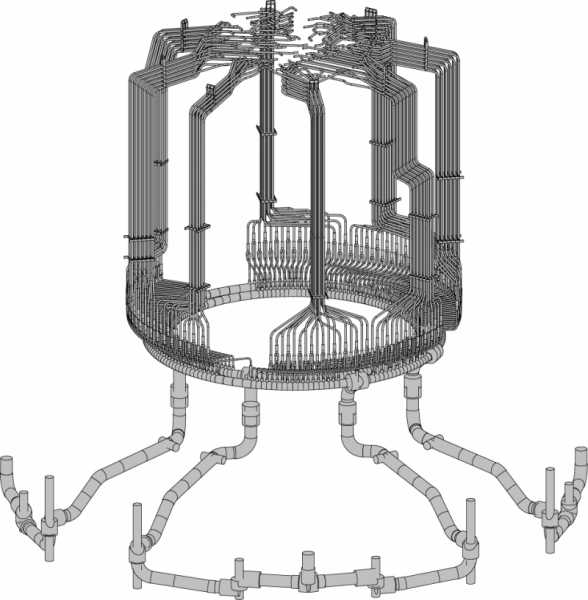